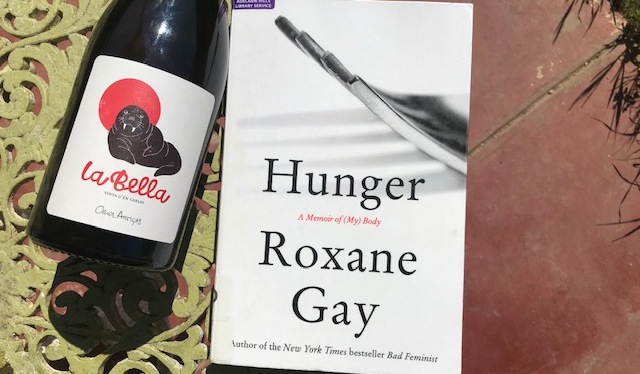 Welcome to my first edition of #aperohourweekly in many months!

Recently, I’ve been reading a lot of memoir and marvelling at the way that a well-written account of someone’s life, despite being entirely personal, can have universal ramifications. American writer Roxane Gay’s 2017 Hunger is testament to how the so-called “obesity epidemic” in the U.S. (and elsewhere) requires a broad, cultural shift in order to address its roots. It’s also a book about trauma and sexual assault. Anyone who has experienced either will strongly identify with Gay’s quest to overcome their impact on her life. But the book has lessons for those who have not been subject to such difficulties — because chances are, someone you know has. 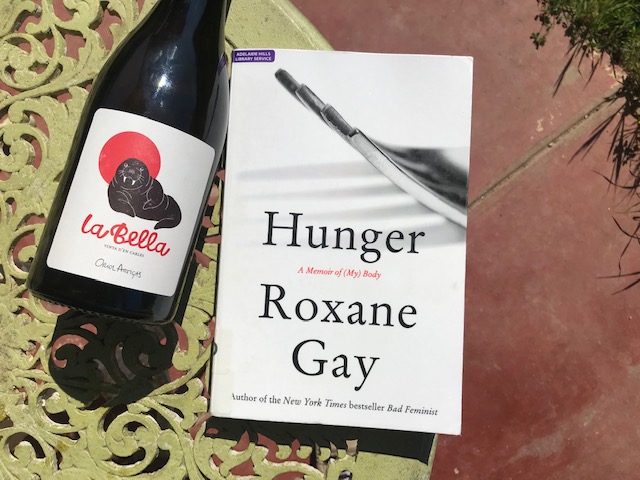 Disordered eating was extremely prevalent when I was growing up. Teen women’s magazines were enjoying popularity, and they all promoted weight-loss and idolized thin models and celebrities. Fiona Apple’s anorexic body writhed like a snake in her music video, Criminal. On the TV show Friends, Jennifer Aniston went from probably a size 10 to a 6 over the course of a few seasons, and her colleague Courtney Cox was presumably anorexic for years. I loved the show Ally McBeal, whose shockingly thin protagonist seemed to live off air and occasional pints of ice cream.

In high school, I had a close friend who began working out both before and after school. At lunch she was seen eating grapes. Within months, she was a skeleton, with fuzzy hair all over her arms. Everyone complimented her. Other friends talked constantly about how imperfect their bodies were. At sixteen, we were often on diets. I had my own struggles with disordered eating.

Roxane Gay was not propelled into disordered eating merely because of cultural influences. She experienced an absolutely shattering sexual assault at the age of 12. Her life was altered forever, and she turned to food as her outlet. At her heaviest, she weighed 577 pounds.

Hunger is a brutally honest portrayal of Gay’s trauma, ongoing suffering, overeating, and attempts to heal herself. It also shares perspective on being “fat” in a society that worships thinness and fitness. The book is not a weight-loss success story; Gay is still “a woman of size,” as she puts it, and continues to struggle with her initial trauma.

Gay attends “fat camps” as a teenager, runs away from her Ivy League education to work as a phone-sex operator while exploring her queerness, considers gastric bypass surgery, and continues overeating and dating people who mistreat her, believing she deserves such abuse. Over time, Gay recounts in the book, she begins to find some joy in cooking. As I read about her suffering, I was waiting for this sliver of hope. I still remember, in university, when I lived with four amazing fellow students (all women) who loved to cook — and I don’t mean just throwing pasta into water. We made lasagna, shepherd’s pie, and roast chicken, all from scratch. We drank wine as we prepared our meal. We cooked for ourselves, not for boyfriends, because we wanted to eat well. We deserved it.

It was still some years before I completely embraced the pleasure of eating well, partly because for most of my twenties, I struggled to pay rent and tuition, and food seemed like an excessive luxury. But over time, I began visiting the Union Square farmer’s market, in New York. I stopped feeling guilty whenever I ate a proper, balanced dinner at a cafe, rather than shoving 2-dollar falafel or 1-dollar pizza into my mouth on the way to the library for a night of studying.

When I discovered natural wine, I found a new level of deliciousness, and an extreme form of pleasure that became a point-of-no-return for me. Once I understood the bottom line of these wines — organic farming, ethical production, minimal additions — my entire lifestyle was transformed. Understanding natural wine as a product of environmentally-conscious artisanship carried over into what I ate: I began to deeply consider the origins of the food I bought, prepared, and ate, every day.

As my friendships formed around natural wine, I found a community with which to share my newfound love for gastronomic enjoyment. I remember the first time I splurged on a dining experience: my friends and I went to Contra, the Lower East Side tasting menu restaurant where only natural wine is served. We each paid $200 and it was the most enthralling experience I’d had in recent years. Yes, I had student loans to pay, and it was harder to make rent that month — but I felt that the meal had enriched me as much as seeing a great work of theater or months of psychotherapy might.

I chose a wine from Oriol Artigas to pair alongside Roxane Gay’s book — but honestly, it was chosen at random. It could have been any great natural wine. The point I wanted to make is that reading Hunger helped me relive my own struggles to love myself, to feed and nurture myself healthfully, and to believe that I deserve pleasure, just because I am human.

In some moments, it was hard for me to read Gay’s words — because as much as she says she hates being hugged by strangers, hates cooking for herself, and feels reluctant about eating healthy and working out, I wanted to assure her that all of these things can actually bring true joy on a daily basis, and that they can make life worth living, or at least more bearable.

Oriol Artigas makes natural wine in an area called Alella, north of Barcelona. His wines are undoubtedly full of joy. He holds down a job teaching at an oenology school in order to pursue his passion for natural winemaking. He isn’t living a life of luxury. But that’s largely what natural wine is — people who have really found joy in these lighthearted, quirky wines, and devoted themselves to them in pursuit of the utmost pleasure. It’s a pleasure that also revolves around an ethically and socially minded community, rather than pure hedonism.

I happened to have Oriol’s wine handy because it’s featured in Pipette Magazine Issue 4, which has printed and is shipping now — you can order your copy online, or find it at a stockist in your town.

We all have to deny ourselves pleasure, sometimes. But my experiences have taught me that the joy of eating and drinking well can carry over into every other aspect of our lives. We can learn self-care by changing how we eat and drink. And we can support each other in these goals. I am grateful to every roommate or colleague I had who cooked with me or went halves with me to splurge on a bottle of wine.

I wish more young people could be exposed to gastronomic pleasures. I really suffered during my adolescent years of disordered eating. If they had gone on longer, they could have had lasting or even permanent detriments to my physical health. “Thinness” is bullshit. Enjoying real food, sharing great wine, and finding joy in self-care are true beacons in this world.

Roxane Gay has written several books of fiction as well as the highly-acclaimed 2014 essay collection Bad Feminist, which I look forward to reading sometime. I think Hunger does justice to the reality that so many of us have experienced at one point, to a certain degree: that American society has a really unhealthy and contradictory approach to eating and body image. Although that may be changing in certain subcultures, broader society is still hung-up on weight-loss TV shows and Jenny Craig plans, stuck in a cycle of self-punishment and longing for an unattainable body.

Thanks for reading this #aperohourweekly post! I hope I’ll be sharing these write-ups more regularly now. You can follow the tag below to find previous editions. Also see the “Natural Wine Producer Profiles” section to find in-depth stories about winemakers. And subscribe to Pipette (print-only) if you want to learn more about the natural wine movement!